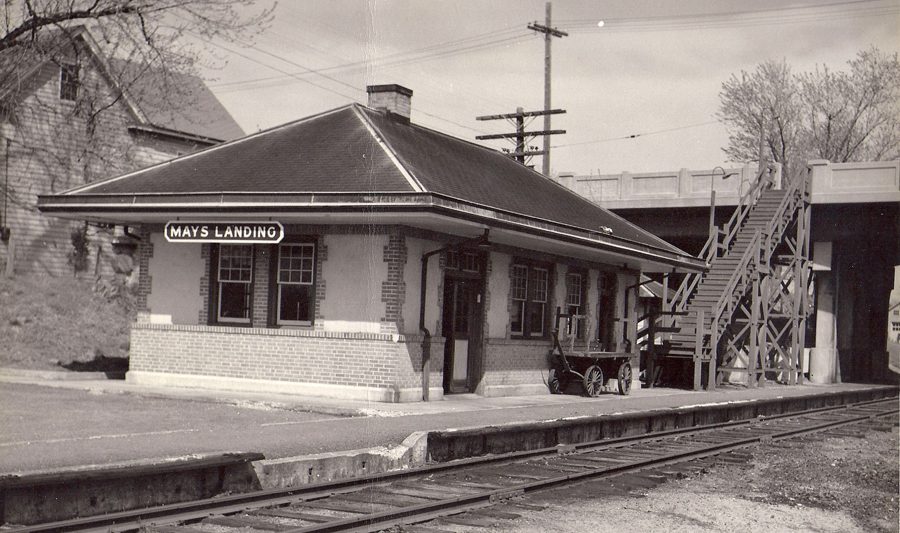 Early in the 1760’s Captain George May moved into this area as a representative and surveyor for the West Jersey Society. Caption May was also a blacksmith and a known shipbuilder who built ships for the West Indies trade. It was his popular ship loading site he called May’s Landing that gave the name for the towns of Mays Landing in 1780. Thousands of two and four mast ships sailed up the Great Egg Harbor River carrying their cargo of household goods and other merchandise to be sold.

Some of the early settlers that worked for Captain May were farmers, businessmen, and Sea Captains. Some name you might recognize are Westcoat, Champion, Gaskill, Pennington, Norcross, Abbott, Wjeaton, Wicks, Rape, Dougherty, Steelman and Cain just to name a few.

In 1837 the County of Atlantic formed and established Mays Landing as its county seat. When this occurred many buildings were built and businesses were established. The court house at Mays Landing brought lawyers, judges, and jurors into the town. The Samuel Richards Hotel, across the street from the court house housed and fed customers going to court, jurors, merchants, and visitors.

The Mays Landing area grew with sawmills, ship building, blacksmiths, and a stage coach stop. It became a seafaring and textile center with later additions of glass factories, cotton mill, brick yard, and a train station. Many historic buildings remain today. Some of these include; the Court House – 1838, the Samuel Richards Hotel ( now Atlantic County Library), the Presbyterian Church – 1841, the Methodist Church – 1848, the Catholic Church – 1907, the Inn at Sugar Hill, and many more.

There are no upcoming events at this time.

Meetings are the 1st Wednesday of every month at 7:15 PM